Owning iPad? hmmm never dream of having one nor buy one but giving it for FREE why not?

Anyways a contest made by Jehzlau Laurente is giving away Apply iPad and asking for "7 Reasons".

These are my reasons if a free iPad give it to me:

1. For mobile game development
- I've been facinated to game dev the day I learned Blender Game Engine and opened my eyes on the unseen process on creating games from design to programming.

I've read a lot of articles on UDK and Unity who has capable of creating 3D games for iPhones and iPad. So inorder for me to learn new things, I must learn for the least experience to use iPad.

2. Gaming Experience
- Same as reason # 1, I'm definitely a gamer it's essential for me to at least experience iPad's gaming capabilities.

3. Mobility
- It's mobility capabilities enables you to use wherever you are, browsing internet search for information while traveling than laptop - it's mobile too but it's touch screen and you need to open the lid before you use.

4. Design UI
- I'm a graphic designer too I want to apply my UI designing talents to this new platform :) (though I'm not that good)

5. The world of Touch
- iPhone devs gave it a breakthrough on creating touch interface on the phone and then gave it another blow to the next level and gave birth of his sibling - iPad and much bigger screen to control with. (It's an old news since a lot of devices today use this kind of technology) but guess what on the next years of development using only a glass phone (same with Tony Stark's phone on Iron Man 2)...

In short, I wanna try the touch interface LOL!

6. Drawing
- Since it is a touch interface why not try to use it like a drawing board or same as Wacom Cintiq tablet haha... For every illustrator artist dream of having Cintiq tablet. I don't know if it has drawing app (but I believe it has :D).

7. I don't have Apple products
- Even the Apple's iPod nor iPhone I don't have on my own, but for the least I tried those gadgets from my friends and a teacher - who I freely borrow his phone and play Spore haha.

I don't know if I have the beast reasons (beast reasons? haha bisaya man ko) but enjoy with it participating on Jehzlau's contest and my very deepest thanks to Sherweb who giving away free iPads.
Posted by The Siraniks at 1:04 PM 1 comment:

Updated (02/07/2011):
First and foremost, Sorry for it's not updated and I've been searching for my tutorial files which was been lost and I wasn't able to touch my old computer.

Gladly, I found my tutorial files and re-uploaded high resolution images and now you can see the world, material settings and material preview. Video still waiting to uploaded on vimeo.


Recently my friend ask me to make them an advertisement for them about refreshment drink. So I took it for a practice since I never try to make advertisement, in short this is my first time to make.

And yeah, the product is fake so don't expect that it will show up in the market. Unless some company will make out of it. 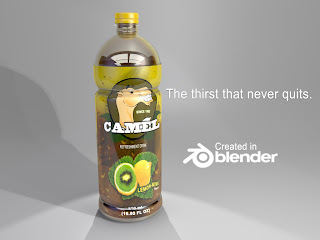 A long time waiting for so long and many months passed, now it's come to an end that the development of the 3rd Open Movie of Blender Foundation - Sintel has just been released.

Posted by The Siraniks at 9:31 AM No comments: 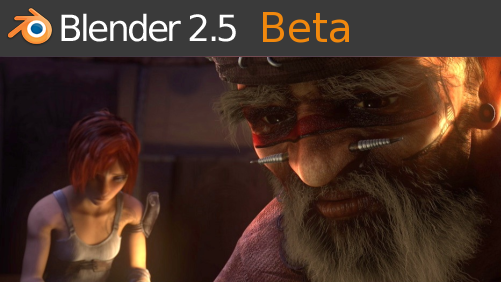 Blender 2.5 Build is nearing its completion and it's now on the Beta Stage of the development. It has numerous improvements and bug fixes from the previous builds including the new 'addons' system. This is the build by which 'Sintel' Movie used in the production. 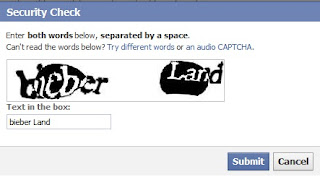 I caught Bieber on Facebook, though it wasn't the exact as J.Bieber. They call it "bieber land". lol haha...
Posted by The Siraniks at 12:23 AM 1 comment: